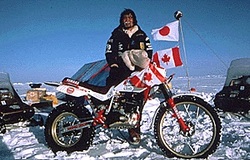 Seven weeks into the year and most of my photos have had snow or ice in them.  We had one of the coldest Januarys I can recall since living in Idaho, (now over 35 years), so ice and snow has been what it's been about.  Finally, this last week we shook that off and today, (Saturday), the thermometer reach a high of 57!  I saw people out in shorts and T-shirts!

I wasn't quite ready for that, but I did need to do something...get my Yamaha TW200 out of "hibernation" and go for a little ride.  It's not that this motorcycle can't deal with the snow and cold.  Heck, in 1987, the Japanese rider Shinji Kazama reached the North Pole on a modified version of this bike!

No, it's not the bike, it's the rider who doesn't do so well when the wind chill is numbing.  So the TW, (or as those who know and love it call it - A "T-Dub") has waited patiently in the garage for a day like today.  Of course, what would a ride be without a camera, so I put my trusty point-and-shoot Sony DSC-HX5v on my hip and away we went.  I wound up on the river in Eagle, in the area behind Lilly Jane's Cupcakes (for who I did the promotional cupcake photos a while back).  The river is low at this time of year, so the trees which line the banks and are sometimes partially submerged, were high and dry and the ground beneath them was swept bare except  for the dead leaves which had dropped last fall.

So my shots this week are of the "T-Dub," begging to go for a ride, the grove of trees at the riverside, and a fountain behind a closed restaurant at that location now free of ice and looking like a mini-waterfall.  A nice ride, a couple of nice shots, and a great day.  What's not to like? 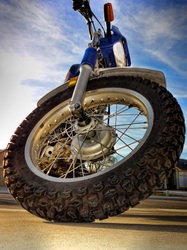 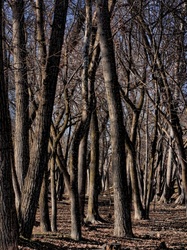 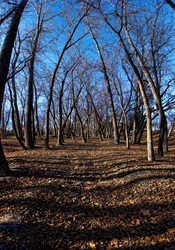 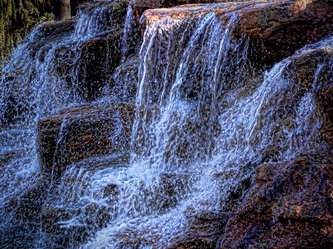 Go to Week 8
Powered by