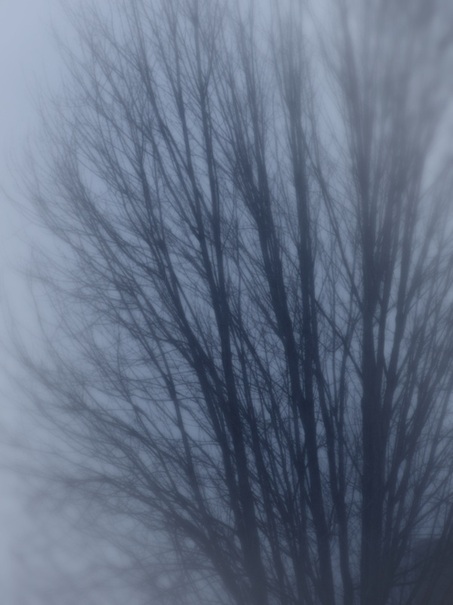 One of the things I thought about when deciding to try a "Project 52",
(that is, posting a photo each week for the 52-weeks of the year), was - "Will I  have a good photo each week?" I knew tackling a "Project-365" as some do would probably have me posting just about anything on some days just to fill that spot. I didn't want to simply go for quantity, but quality. But as this week ended, I really didn't have anything I was that enthused me. What to do?

Then late Saturday evening the fog rolled in. I was intrigued with the possibilities and grabbed my little Sony DSC-HX5v point and shoot - a pretty capable little camera and easily pocketable.

It was late in the afternoon and the light was almost gone. The fog had a bluish-gray tone to it. I grabbed a few shots. Then after dinner it was dark  and the streetlights of the neighborhood cast weird golden light, diffused by the fog. I took a little walk to see what else I could get.

I've posted six of the shots I particularly liked. I played a bit with them using Topaz Adjust and Denoise, but the colors aren't too far from the original and show how the moisture in the air diffuses the light and captures whatever color there is. I think the shots capture the mood of the foggy evening.

(If you click them, you should be able to see a larger rendition). 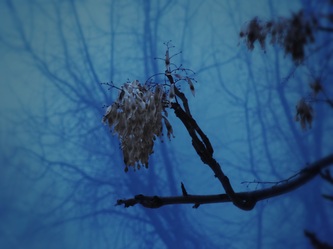 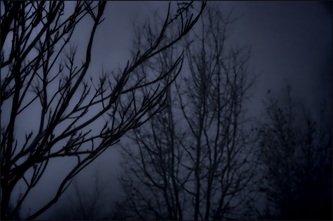 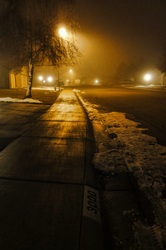 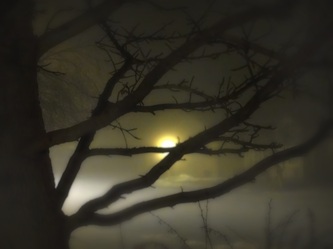 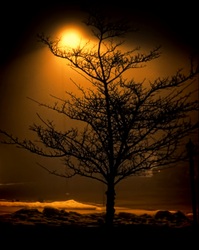 Go to Week 6
Powered by