Smoke gets in your Skies

It’s been a long, hot, dry summer and though it’s Labor Day weekend, highs have still been in the 90’s. Idaho in particular and the West in general has had a lot of large forest fires, many of which are still burning. It makes for smoky skies, no matter if the wind is blowing out of the southwest, (which brings us smoke from the fires in California), or from the east, (which brings smoke from the Idaho fires), or even from the northwest, (I guess there’s fires in eastern Oregon too).

There is one good thing about smoky skies, at least from a photographer’s standpoint: colorful sunsets.  So, armed with my little Sony DSC-HX5v point-and-shoot, I’ve hopped on the TW-200 the past few evenings and ridden off  for a little sunset photography.  Reflections on the water make for the best shots, so one evening I went to the little landscape pond near the Scentsy headquarters in Meridian, tonight I went to the Banbury Golf Course where the water hazard ponds are nicely situated to catch the sun setting in the west.

That’s about it, grab some images with the little camera, edit them with Lightroom  (which still does a nice job with these even though they are .jpg and not Raw files), and there you go.  And who doesn’t like a pretty sunset photo?  (Click a thumbnail below to view a larger image) 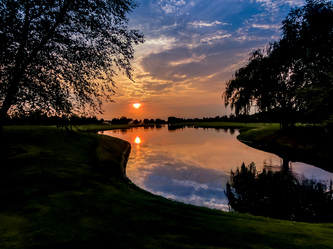 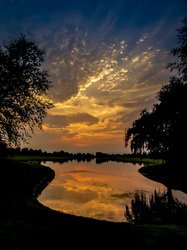 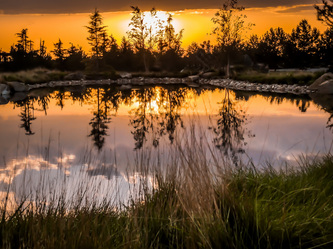 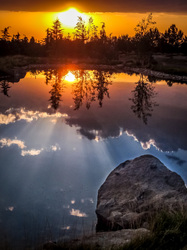 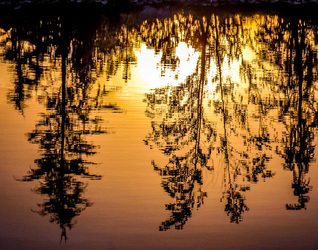 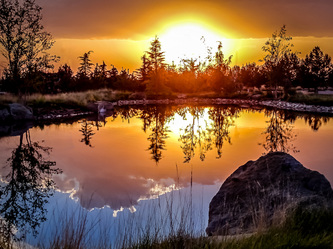 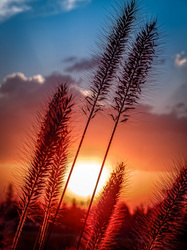