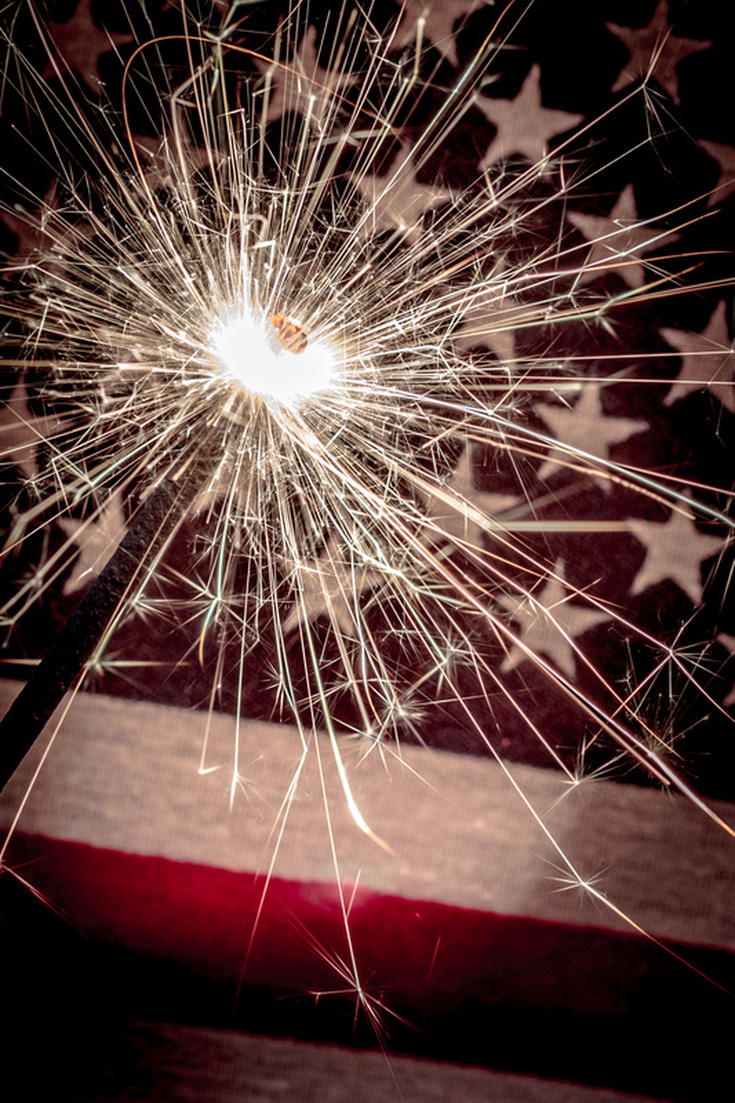 Canon 50D with 50mm f/1.8 prime lens. Exposure ISO 100 - 1/3rd sec. @ f/13
A Fire-Work-in Progress
Today being the 7th, this past week was the Fourth-of-July and the annual celebration to include flags, fireworks, barbeques, beer, apple pie, and all things American.  Well, we did celebrate with a barbeque, I had a beer or two and even ate some apple pie for desert.  As for going to an aerial fireworks show, that was not in the cards as I needed to be home with our miniature Schnauzer, Schatzi (who's been a "cover girl here before - Week 12). She absolutely freaks out when the fireworks begin to boom.  No matter, I decided to celebrate the night before with a flag, some sparklers, and my camera.

I read a little online about exposing for this kind of subject, spotted a few ideas online, and went outside to set up some shots.  I took quite a few, but these were the best representatives of my work.  Exposure detail is listed as a caption under each shot, which will appear larger if you click it.

As for calling this a "work in progress", I learned a bit from this shoot and now with some analysis, would like to try some other shots with the sparklers (as fortunately I bought a few extras).  So, you might see more fireworks photos in a coming post.  'Til then...
God Bless America!
Powered by