Bokeh
You're about to get a photo lesson that is part Japanese and part lens optic science.  Bokeh (pronounced as the "Bow" in Bow and Arrow, and "Ke" as the Ke in Kettle) describes the blur, or the aesthetic quality of the blur in out-of-focus areas of an image. Bokeh has been defined as "the way the lens renders out-of-focus points of light".  Shooting images that demonstrate the use of bokeh was the "assigned subject" for members of the Boise Camera Club this week.  I decided to take the subject a bit further with the use of "patterned bokeh."

So this is how I did it...  I traced the filter from my Canon 70-200 lens on a piece of black cardboard, then cut out that circle.  I cut the shape of a star, (about 1/4") in the center of that circle and then placed it on the end of the lens.  Thus, my "aperture" was now star-shaped.  To get good specular highlights, I crumpled up a piece of aluminum foil and took it out in the bright sunshine.  I purposely turned off the autofocus so I could shoot the highlights out-of-focus and voila...got the star shaped highlights.  Camera and lens settings are in the technical details below.

That gave me the background used in these photos, but I found I was not able to get a foreground object in focus while maintaining the background out of focus.  (That is probably possible, but will take more experimenting.)  For now, I used another technique.  A few years ago, I had taken engagement photos of my daughter Megan and her at that time finacee, now husband Tyrel, on a green screen background.  Using the software PhotoKey, I was able to drop out the green and replace it with the background of my choice, in this case the new Star Bokeh Background.

Not to be exclusive, I also had an enagement photo of my son Mark and his then fiancee (now wife), Brittany, this time shot in the green grass.  The grass was green enough that it keyed well and with a little masking, was able to do the same for them.

So... some photo science mixed with some photos of my kids with their spouses - a nice set of subject for Week 24, which also was Father's Day! 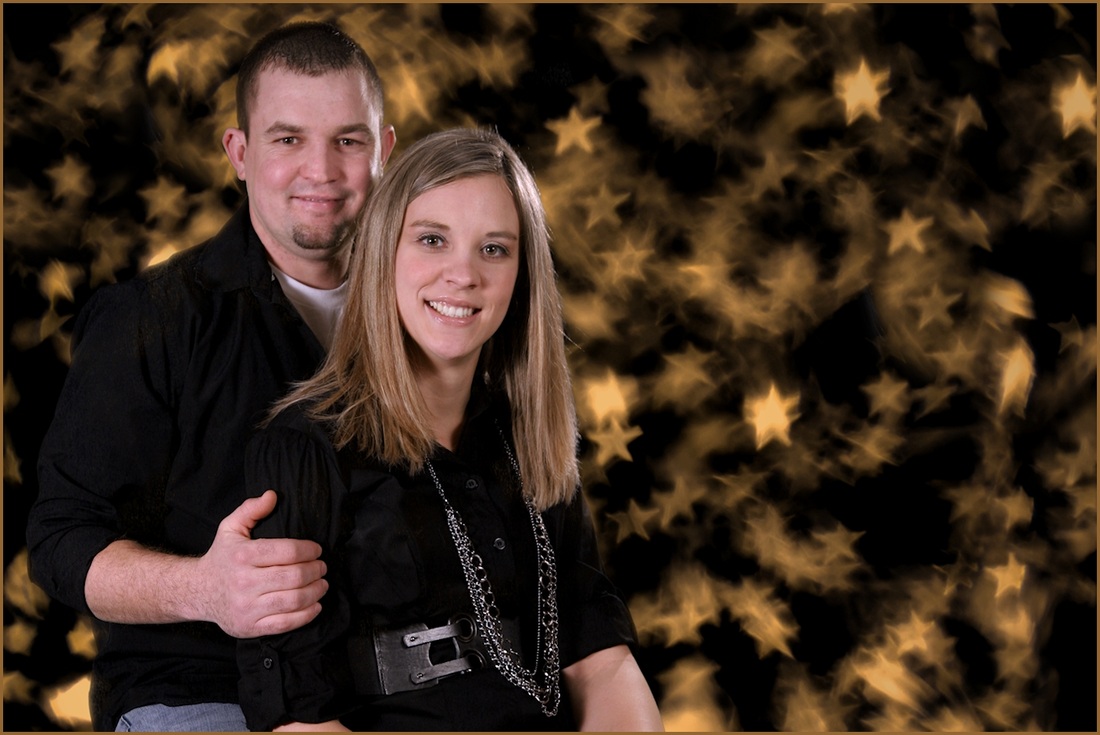 My daughter Megan and her husband Tyrell Funke

My son Mark and his wife Brittany Ohnsman