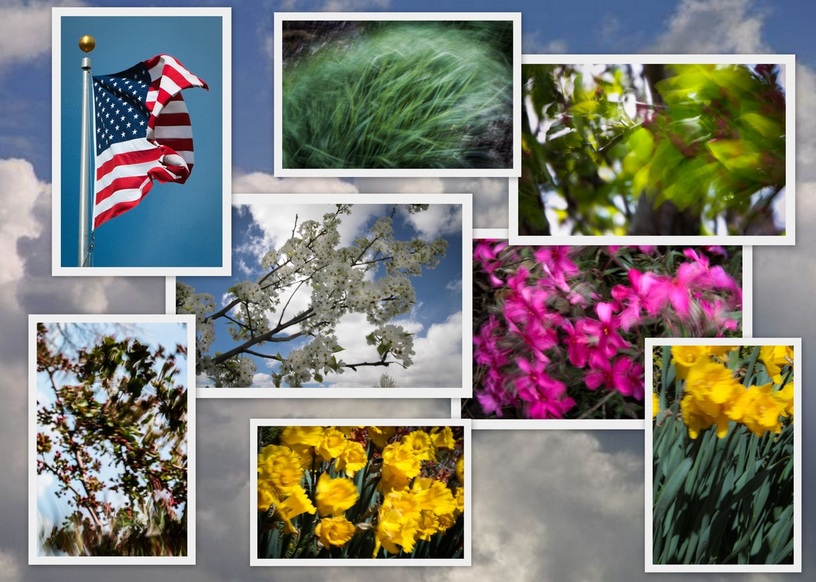 Great, but how do you do that?  Obviously, you cannot shoot photos of the wind itself but instead the effects by which you see the wind.  Of course with still photography, you add yet another challenge, how do you show the effects of the wind, (which typically involve motion), in a still photo?

Now with more time, I could pursue the more iconic kinds of images one might think of to show the wind; windmills, sailboats, kids flying kites, a man chasing his hat down the sidewalk, a woman with her skirt blown up, (smirk), a tornado carrying off a house, stuff like that.  But of course those would take more than a little while to collect or stage and I wanted to get my shots in a couple of hours, if that.  So, my shots may not win any awards, but I do think through the blurred motion, (courtesy of long shutter speeds) I've portrayed the concept.

Rather than post these as single images, I decided to create a single montage, using the partly-cloudy sky as a backdrop.
Powered by